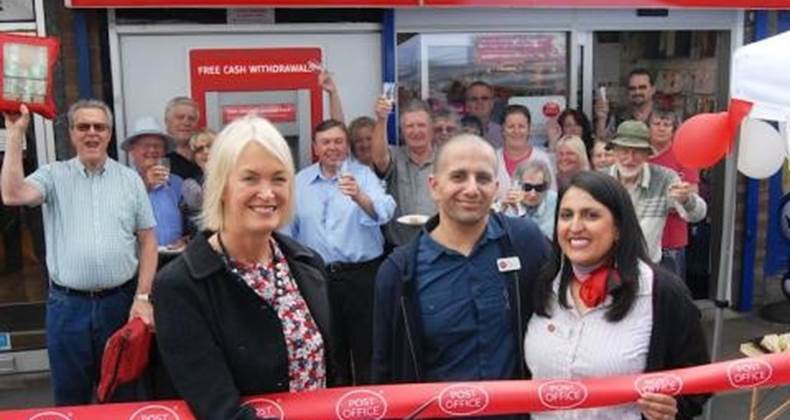 Newly appointed Minister Margot James has been confirmed as having responsibility for the Post Office.

Margot, who has been the MP for Stourbridge in the West Midlands since 2010, takes over the brief from Baroness Neville-Rolfe.

Between 2010 and 2012 she served on the BIS Select Committee, whose role is to scrutinise the work of the Business Department.  She then became a Parliamentary Private Secretary to various ministers – acting as their contact point with MPs - after which she was appointed a Government Whip.   Her recent appointment to the newly configured Department for Business, Energy and Industrial Strategy is her first ministerial role.

She is no stranger to the Post Office.  She has opened two newly refurbished branches in her constituency, – at Wollaston (pictured above) and Stourbridge. And she has spoken in the House of Commons about the value of the Post Office and benefits of network transformation.