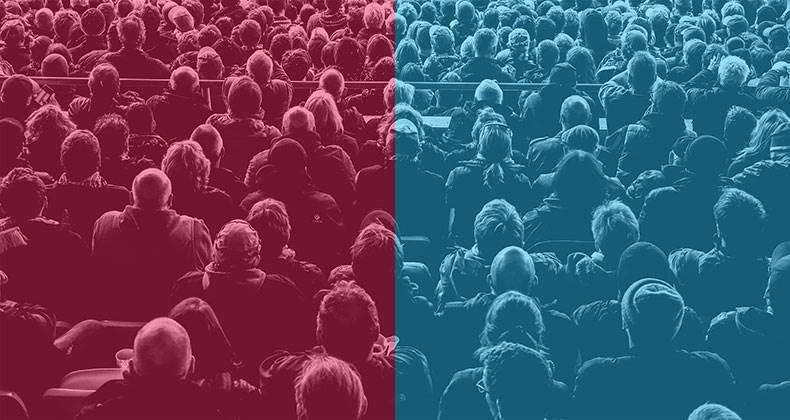 Here are some themes from the Labour and Conservative party conferences that could have a direct impact on our business.

The general consensus is that the Labour moderates have conceded that they are unlikely to change the direction of the party at present. However, in the absence of the moderate Labour MPs to rally against, we are seeing an increase in factionalism from within the left of the party.

Open disagreements on Brexit, and rumours of insecurity from within the Corbyn camp about potential deputy leadership contenders, and more broadly, there was genuine frustration from some over the handling of the anti-Semitism row over the summer.  Despite these challenges, the mood remained buoyant. For the first time in a number of years, there was an excitement and a buzz around the conference. The business lobby were there in droves, always a sign that a party is to be taken seriously.

Labour MPs were also much more vocal in their support for businesses. The Shadow City Minister, Jonathan Reynolds MP, actively called for business to engage more with the party. There was a genuine desire for business to talk to senior shadow ministers, perhaps in-spite of what the leadership may think.

From a Post Office perspective, there continues to be pockets of MPs with a lack of understanding about the stability of our network. The Shadow Business Minister Rebecca Long Bailey used her speech to talk about the need to save the high street. Included in this was a reference to post office closures. We will be actively seeking a meeting with Rebecca in order to redress this, and more broadly, we will be seeking to engage with the party on a larger scale.

In all of the encounters that Mark and I had, with both elected officials and other business representatives, people spoke highly of the Post Office. For example, we met the ACS to discuss their activity, particularly their engagement around ATMs.  They will be telling MPs that while the Post Office is an important part of the access to cash infrastructure, it cannot be a direct replacement for the ATM network.  In addition to other meetings with stakeholders we attended various fringe events and receptions throughout the conference. We will be following up accordingly over the coming days.

The next few months will be a true test of Corbyn’s leadership skills, as we face crunch time in the Brexit negotiations. There is a strong possibly that in order for the Prime Minister to get a Brexit deal through parliament, she may need the support of the Labour moderates. This will be a real test of Corbyn’s future leadership credentials, at a crucial time.

In comparison to last year’s Conservative conference, which was decidedly downbeat as a result of their poor performance at the 2017 election, this year the mood was noticeably more positive. Despite mutterings in the wings about Brexit, the majority of conference goers seemed supportive of the Prime Minister’s agenda, as she approaches the crucial phase of the Brexit negotiations.

Responsible capitalism was a key theme last year, but in the last 12 months there has been little progress on showing that the Tories can reboot capitalism to work for normal people, something which the Government now seems eager to try and address.  This fed into the distinct recognition that the party needs to back business – with the PM specifically referencing this in her speech.

The Future of the Party

After a strong performance at conference, any calls for an imminent leadership election have fallen by the wayside. However, a lot can change in a short space of time in politics, and whilst most commentators agree that she performed above expectation at conference, very few were convinced that she will be delivering the 2019 leaders speech.

In fact, there was a distinct feeling among a number of MPs, including the Cabinet, that there could be a leadership challenge next year. Whilst the official line is that Theresa May will stay until 2022, there is an increasingly common view that after Brexit there will be a leadership contest.

A number of MPs highlighted the importance of high streets amid concerns for their local communities. This is something we can be pushing with MPs given our crucial role on the high street and our access to cash provision.

Rebooting capitalism / making the case for responsible capitalism was another key theme emerging from the conference.  A number of MPs voiced their concerns that their constituents are being ripped off and markets are not working for them.  Post Office can play a big role in this agenda, as a commercial business with a social purpose, moving into profit. We can be a real leader in this field, which government will welcome. Frances O’Grady spoke at a fringe event with Liz Truss and spoke about the future corporate culture we need to foster to support the workforce.

Seeing both the Pensions and Financial Inclusion Minister Guy Opperman MP and the Economic Secretary John Glen MP speak, they both made strong references to financial inclusion, seeing it as a really important part of addressing the “burning injustices” the PM has tried to make a mainstay of her leadership. Credit Unions also got a positive mention in a range of contexts. It’s good to know this agenda is so high on the government’s priority list.

Following doubts about the government’s commitment to the Pensions Dashboard, Work and Pensions Secretary Esther McVey used her conference speech to re-affirm her commitment to the project. However, it’s still unclear whether companies will be forced to participate, though an announcement is due soon. Building on the conversation we have already started with DWP to do just that, this could be a good opportunity to bring digital identity into another service.