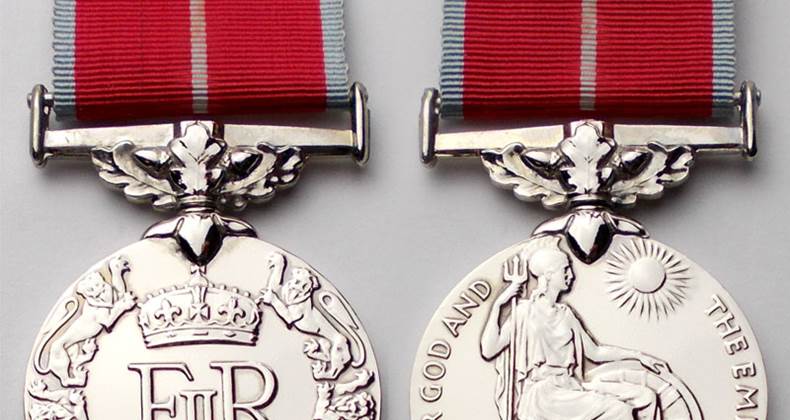 Luke Francis, Postmaster of Bude in Cornwall, our South West region, is to receive Queen’s Birthday Honours recognition for services to Bude and the local communities that he has served for 26 years. 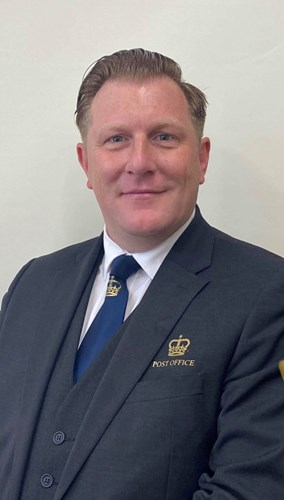 He started as a postman in Bude aged 15, first delivering the mail by bike and then progressed to a van round and he did most of the rural rounds at Bude Royal Mail delivery office. Luke then became Postmaster for Bude Post Office 15 years ago.

Luke is thrilled to have received the British Empire Medal in recognition of the contribution that he has made to the community over decades at work and in his spare time.

“I’m overwhelmed and proud to receive this honour from the Queen and it is wonderful that years of dedication to the Post Office and the community have been recognised.

“I shall continue my work with Bude Post Office as I love my job because of the people that I serve. My job and my community involvement give me inspiration and motivation.”

“Luke is a very worthy recipient of this Queen’s Birthday Honour.  He is very community-minded and caring. Luke has really helped to brighten up the lives of local people in the Bude and Kilkhampton communities where he lives and works by organising many fun community events and raising money for many good causes over the past 26 years.”

“Postmasters truly are a pillar of their local community, and Luke is a prime example. I’m sure the people of Bude will be delighted to see Luke recognised by the Queen for his sterling services and wider contribution to the area.”

About Luke and his branch…

Since the age of 11, Luke has been involved in local theatre and panto. He now directs the Kilkhampton annual Panto in his home village, which brings joy to many people.

Luke is very patriotic. He organised a Diamond Jubilee cream tea for the town outside Bude Post Office. Local shops put up bunting and helped serve a cream tea with Bude Metric Brass band playing. The event was well attended and a day for the people of Bude to remember.

He has organised many charity events over the years, starting with a dance and supper to raise money for the Air Ambulance service.

In 2014 he started a charity called the Kilkhampton Parish Trust, after a close friend’s young wife passed away, which helps anyone in the parish in need of help financial or otherwise.

Luke’s love of the Royal British Legion was ignited by his Grandad Pilot Officer H W Tape RAF. He has collected for the Poppy Appeal since a young age. These days he is a standard bearer and parade marshal at local Remembrance parades. In 2019 Luke organised a mini Albert Hall Festival of Remembrance, which was a great success raising over £3,000 for the Poppy Appeal.

Since the age of 12, Luke has played the organ in church. He still plays and has organised “Sankey evenings” and local “songs of praise” events. He has played at many churches and chapels in the region as well as hundreds of weddings and funerals and sometimes just a recital to raise money for church funds.

As a Postmaster, Christmas is Luke’s busiest time of year, however, on several occasions he has been involved with Christmas Eve carol services inside Bude Post Office with the band sharing the Christmas spirit with his customers.

The 41-year-old managed Kilkhampton Football Club to a successful level. Over the years he has played for Bude and Morwenstowe. He has sponsored players to kickstart their careers.

When Covid struck, Luke was the first person to reach out to his local area to offer a home delivery service and it was immediately seen and promoted by the media. The idea was then followed by many Postmasters across the UK.

Over the years Luke he has made people happy on their special occasions by putting on his smart number 1’s Post Office uniform and delivering telegrams personally for diamond weddings and 100th birthdays. The most poignant birthday was his Nan Anne Tape’s 100th when he delivered the telegram from The Queen on horseback. He also commemorated Stoke Climsland Post Office’s 175-year anniversary in the same way.

Luke’s creativity shone through when he created his own advert for Bude Post Office last Christmas. The beautiful tear-jerking film starred his own family, himself and staff at Bude Post Office. It encouraged people to keep in touch with family and friends. The advert hit regional and national media and went viral. Accolades said it was better than the John Lewis ad.

During the pandemic Luke has done many things to help lift the spirits of the community including giving away free Easter cards for people to send cards to loved ones that they could not meet. Bude Post Office hosted a mini flower show on social media to show off the best local florists and raised money for the Marie Curie charity. Luke also paid Bude Boxing Club’s rent, when there was no income coming in, to ensure the longevity of this asset to youngsters.

Luke’s branch in Bude and his staff are often complimented for their high standards and they are a credit to Post Office. Both his mum and daughter work at the branch.

Share Postmaster Luke recognised in Birthday Honours with your friends!